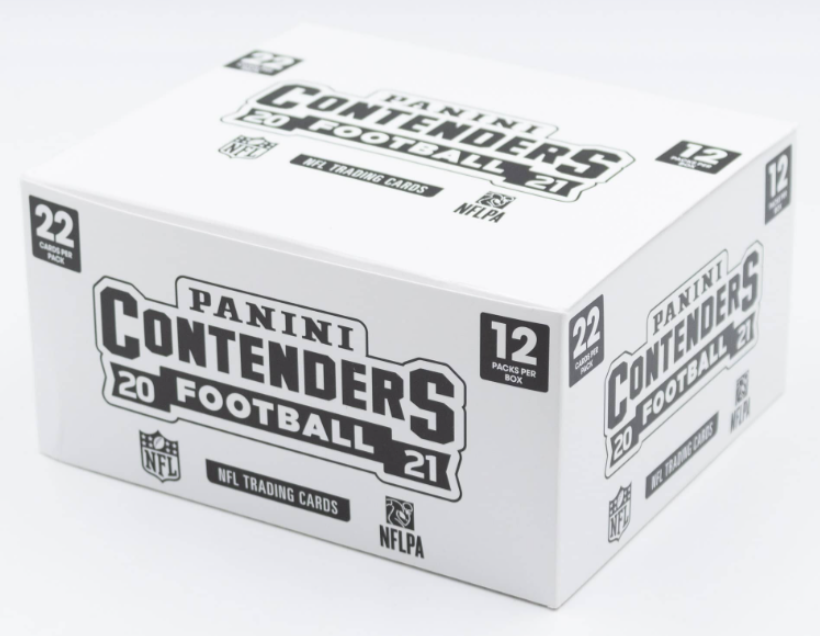 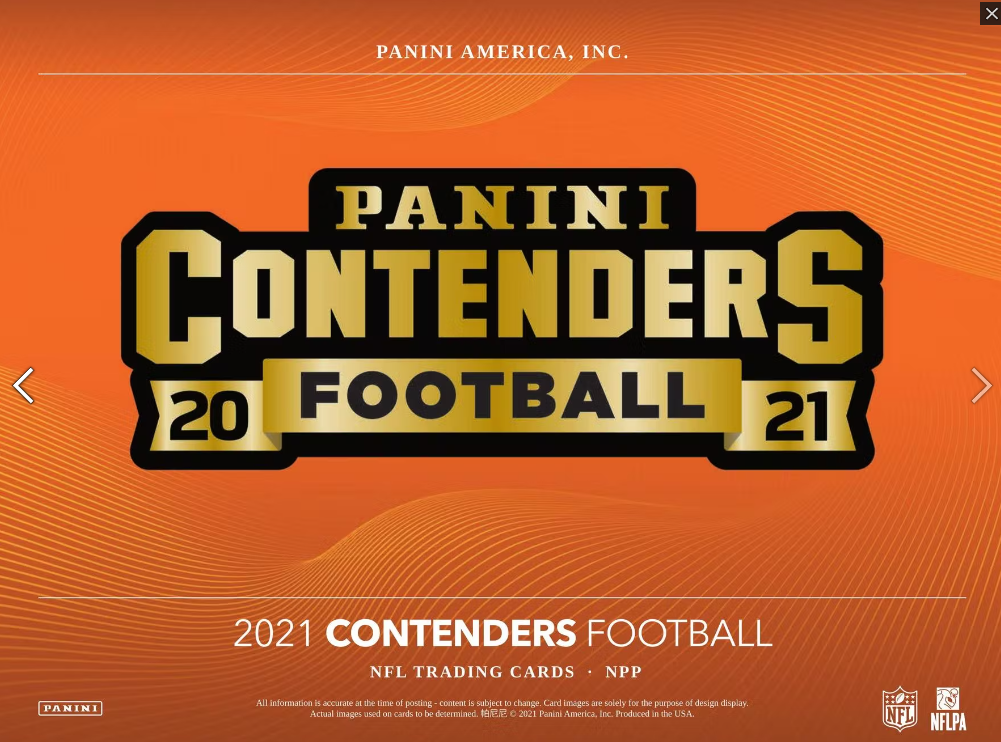 Only found across all retail SKUs, look for the brand-new Rookie Ticket Wild Card autographs parallel! Chase this new twist to the iconic Rookie Tickets which feature autographs from all the best and brightest young talent the NFL has to offer, including Trevor Lawrence, Justin Fields, Trey Lance, Najee Harris, DeVonta Smith, and many more!

Hunt for the retail-exclusive and short-printed Stardust parallel of the Season Ticket!

Hunt for the Rookie Ticket variations as well, which have unique photography and characteristics from the regular Rookie Ticket.

GLADIATORS: Look for a brand-new insert, Gladiators, in 2021 Contenders football, featuring some of the most battle-tested veterans in the NFL.

PLAYOFF TICKETS: History is made in the regular season, Legends are made in the playoffs. Playoff Tickets is a new insert in 2021 Contenders, highlighting some of the greatest playoff performances and moments in NFL history!