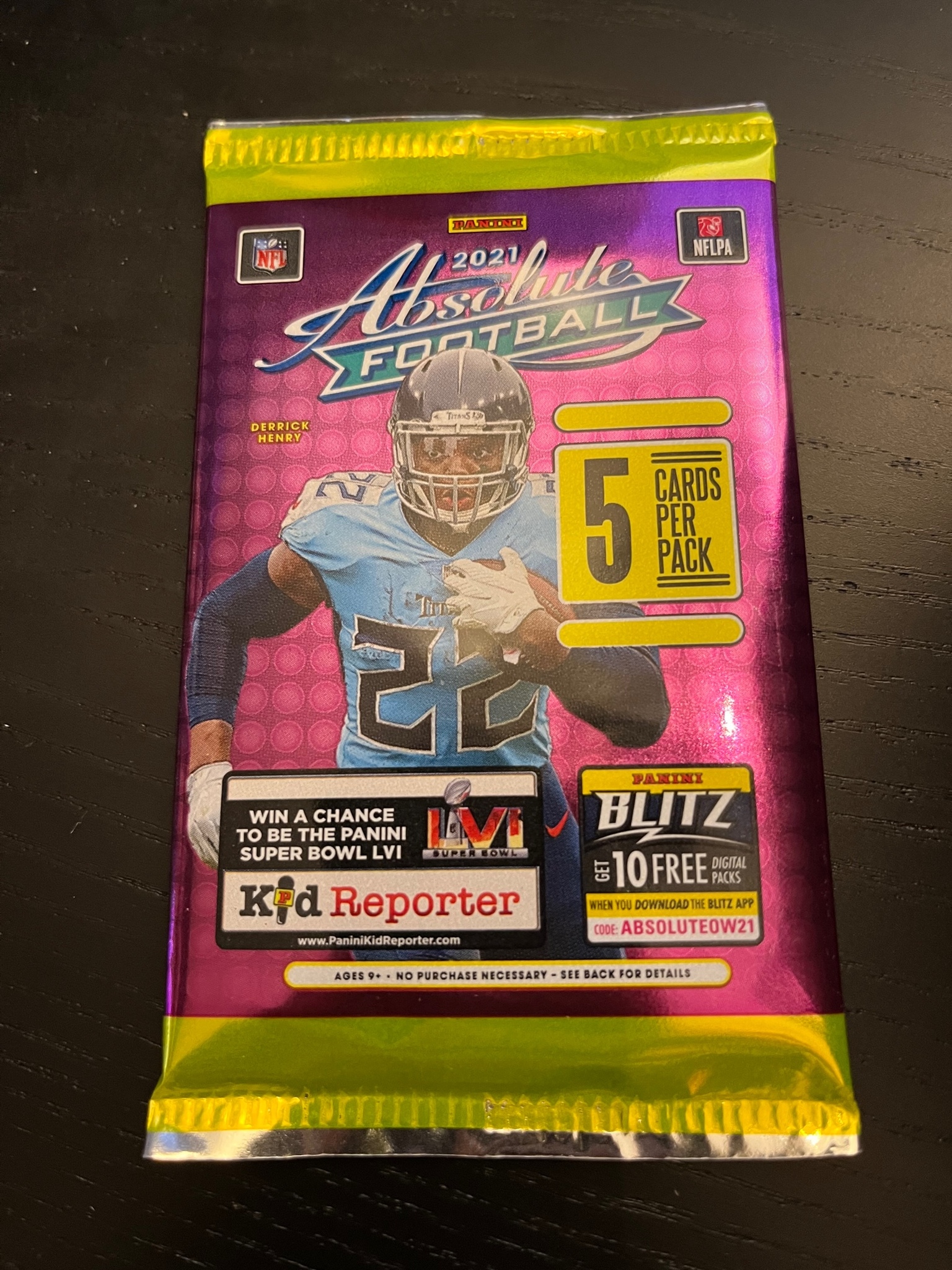 One Exclusive Yellow Parallel Per Pack!

Chase a 200-card set of all the hottest rookies, legends and stars of the NFL, which features 100 Base and 100 Rookies.

Look for Rookie Autographs from all the top 2021 NFL Prospects including Trevor Lawrence, Zach Wilson, Justin Fields, DeVonta Smith and many more!

Hunt for stunning inserts which include Rookies and current NFL stars with Introductions, By Storm, Unsung Heroes, Stargazing and Red Zone!

On average, non-base cards are included approximately 2 in every pack!

Look For the rare KABOOM! insert!