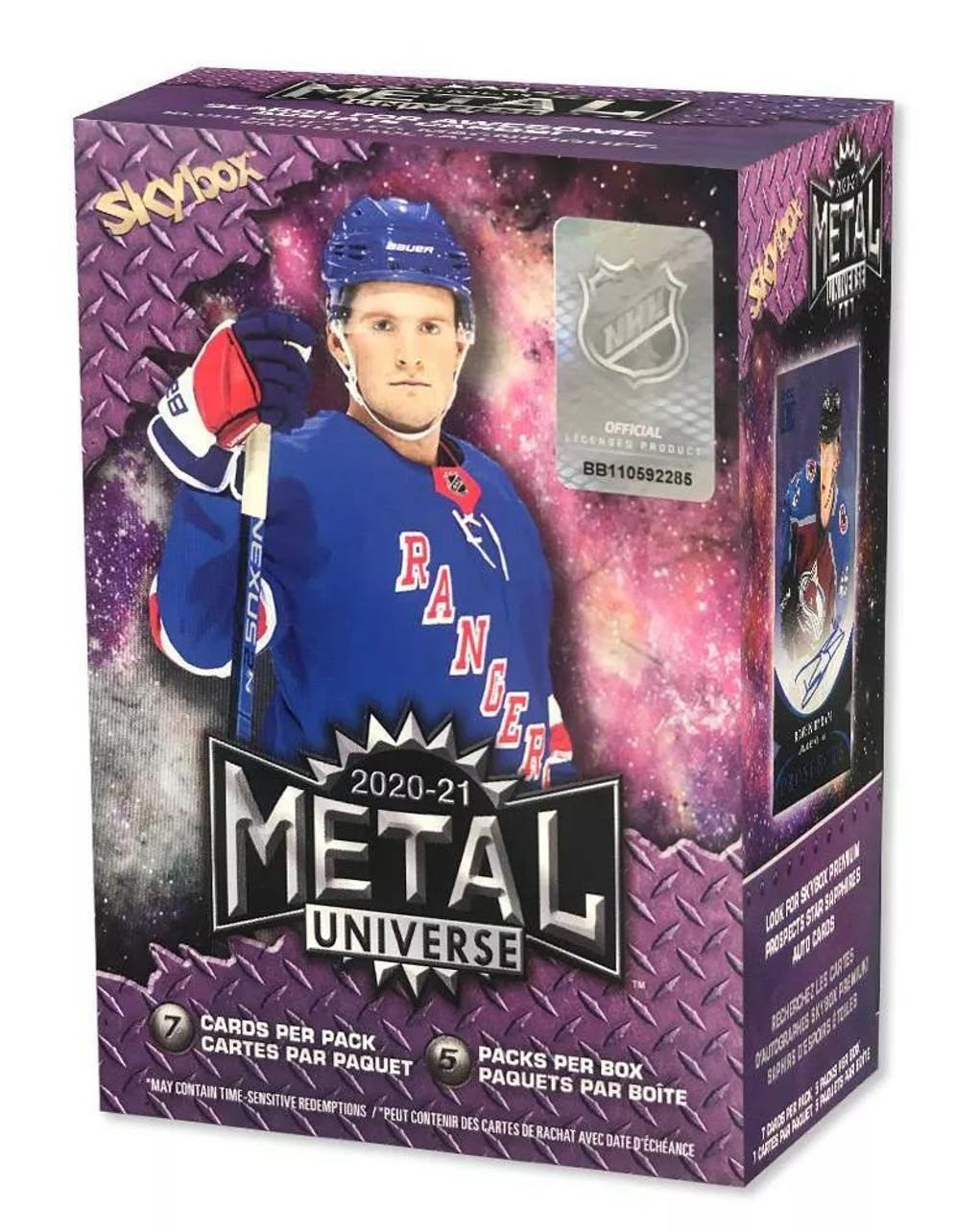 Look for a bevy of numbered PMG and autograph parallels of the entire Base Set!
Skybox Metal Universe sports a 200-card Base Set, which breaks down as follows:

The popular Intimidation Nation insert, featuring a striking design, up-close imagery and the league's top goaltenders, comes to hockey for the first time! Be on the lookout for the rare autograph parallel.

Collect the first-ever Platinum Portraits hockey set! This rare set, which features laser die-cut player images, will be a valuable addition to any collection.

The uniquely-designed and super rare Jambalaya insert boasts many of the best players in the game today.