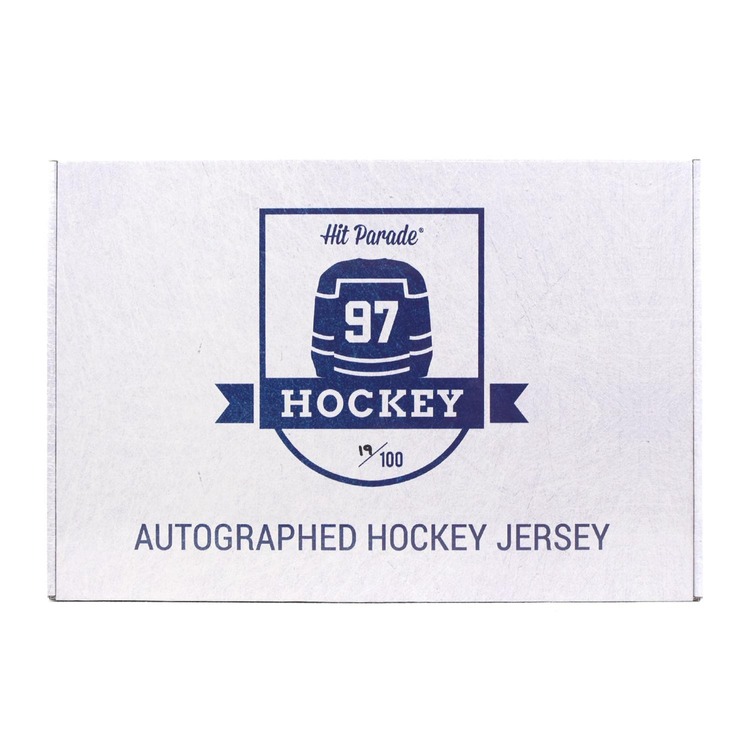 Welcome to Hit Parade - a 2020 Industry Summit Award Winner! This award is a tribute to our customers who push us to bring high quality, high demand products to the marketplace on a consistent basis, NO ONE HAS MORE HITS!!! The Hit Parade team travels all across North America conducting hundreds of autograph signings every year with your favorite players. 2020/21 Series #15 is headlined by the Greatest to play the game, Wayne Gretzky!!! Also, look for All-Time greats and Young stars like, Bobby Orr, Tim Stutzle, Sergei Fedorov, Peter Forsberg, Connor Hellebuyck and so many more!!! These signed collectible jerseys can be authentic, replica, or custom made. Every autographed jersey is authenticated by only the most credible companies in the autographed collectible industry. Your signed jersey will come with documented authentication from companies such as Upper Deck, Fanatics, Frameworth, Leaf, Steiner, PSA/DNA, AJ's Sportsworld, COJO, MAB Celebrity, Dave & Adam's, Beckett, Frozen Pond, James Spence, Rich Altman's Hollywood Collectibles or Personalized Player Holograms.

This incredible product line offers you the very best selection of amazing players. Hit Parade also gives you the best chance to get a monster autographed jersey hit because there are only 100 hand numbered boxes in each series! Stop trying to chase down the big hits in products that have giant box runs because the odds are stacked against you. Another unique feature of the Hit Parade Autographed Memorabilia line is our passion for adding inscriptions. Whether it is an "HOF", a colorful nickname, or some career stats you will not find any product out there with as many inscriptions included as Hit Parade.

At Hit Parade we like to keep your experience exciting so we have also recently added two special features to the Hockey Jersey products. Be on the look out for Hot Boxes! Each series now includes one box that contains TWO autographed jerseys! Do you wish that you could be a part of one of our hundreds of signings? Well we wanted to get you a piece of that experience. Signing used pens and markers are now randomly inserted into Hit Parade boxes! Imagine getting an incredible signed jersey AND the marker that he used to sign it!

Take a look at some of the other stars and Hall of Famers in Series #15: