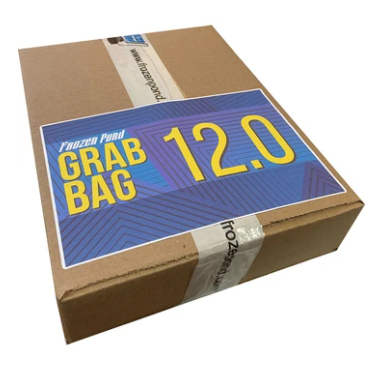 Each bag will contain a minimum of $99 (retail) worth of autographed hockey memorabilia*.  All Grab Bag 12.0 have 2 photos and 1 puck.

All will have at least one HOF’er or current/retired star or superstar.

All Grab Bag purchases are final. No refunds or exchanges. Teams will vary – players may not be featured on their current club. *For the purpose of this promotion, all SALE priced items will have their values calculated using standard retail pricing.

* Stated values are from Frozen Pond, not Cardland.