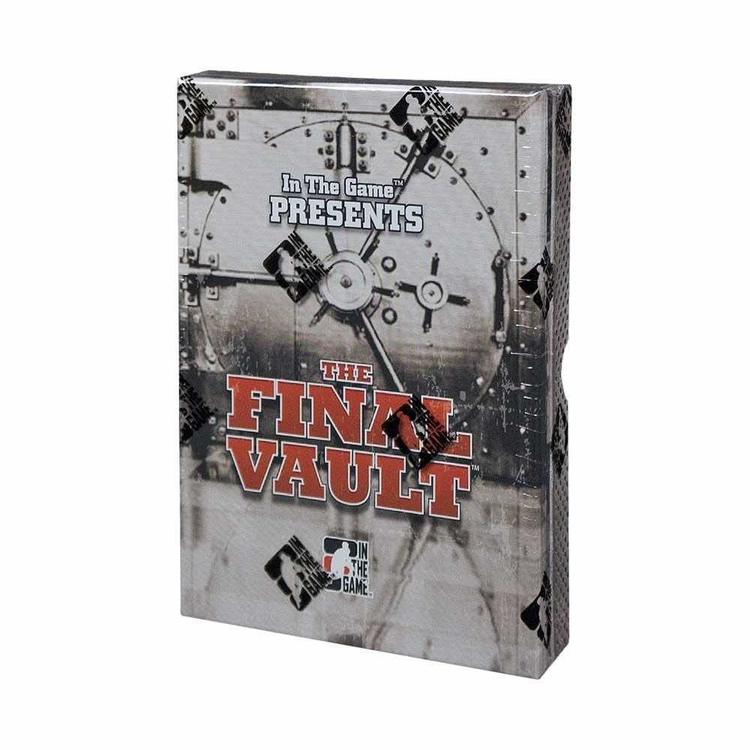 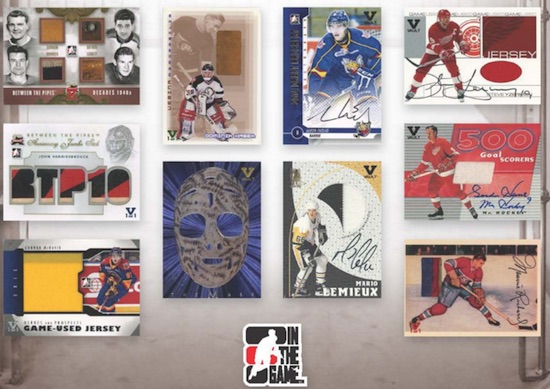 Combining plenty of previous ITG releases into one product, 2016 ITG The Final Vault Hockey looks back with a hit-centered format. Each box includes four autographs and five game-used memorabilia cards.

While the cards are from earlier In The Game sets, each of the cards is stamped with the Vault logo to help distinguish it for collectors. All of the Game-Used Memorabilia cards are also stamped with one-of-one notations. Autograph print runs vary.

In addition to the nine hits found in each box, collectors will also find one The Mask card that features a striking design. These cards are available in three different versions and numbered as low as one-of-one.

Collectors will also find bonus hits in random boxes that feature cards produced for previous products, but were never actually released because of production or timing issues. The unreleased cards will be the 11th hit in these boxes and will be the only cards that aren't stamped.

As noted by Dr. Price on his blog, every box is intended to give collectors of The Final Vault great "bang for their buck.” The release comes from the reacquisition of assets that were originally sold off when ITG was purchased by Leaf. Price also revealed that a portion of profits from The Final Vault will be donated to the Make-A-Wish Foundation.