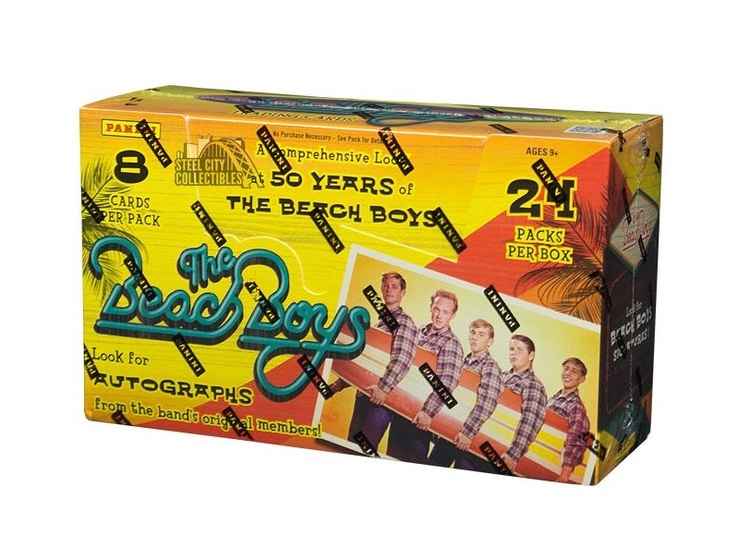 Each box will also contain the following:

Look for Autographs from founding members of The Beach Boys, including legendary songwriter Brian Wilson! Each signature card is numbered to 70 or less!

Look for a parallel card in every pack! Find Artist Proof cards (numbered to 99) for the base set and inserts, and look for 1-of-1 Printing Plates!

BASE CARD: The 120-card base set centers on the storied career of the most successful and beloved band in American pop history and follows The Beach Boys through five decades of recording and live music.

IN THEIR OWN WORDS: It's hard to imagine life as a member of The Beach Boys. Sold-out concerts, gold records, rock-n-roll history and induction in The Rock-n-Roll Hall of Fame. This 14-card insert features comments from the seven key members of the band, including the late Dennis Wilson and Carl Wilson.