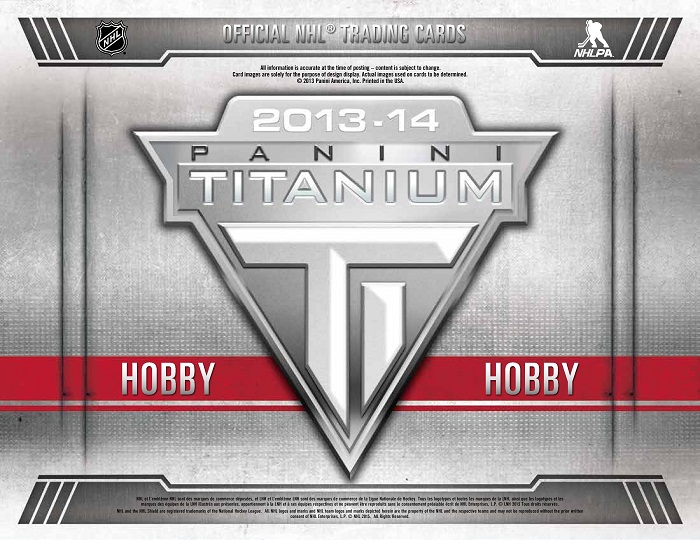 Although it's the autographs and memorabilia cards that highlight every pack of 2013-14 Panini Titanium Hockey, it's the rookie cards that have become the brand's trademark.

Numbered rookie cards land approximately one per hobby case. Each is limited to the player's jersey number. As a result, some are exceptionally rare. In past years, it has created quite the chase for short prints with a low number.

The jersey numbered theme carries over into a hobby-exclusive parallel. A similar structure is used with veterans that are limited to either their jersey number or draft position.

After being cancelled as a full standalone release in 2012-13, Titanium returns as a hit-per-pack product. Sticking with the medals theme of the brand is Metallic Marks. The autographs come in four tiers: Bronze, Silver, Gold and Platinum. Social Signatures return Milestone is a set of die-cut memorabilia cards highlighting goal-scoring achievements. Four Star and Six Star cards mix rookie memorabilia and signatures. Game-Worn Gear cards return.

Shortly before the set's release, Panini announced Titanium hobby boxes would be exclusive to Canadian shops and through Panini's online shop. 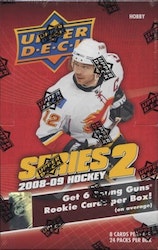 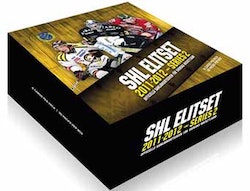