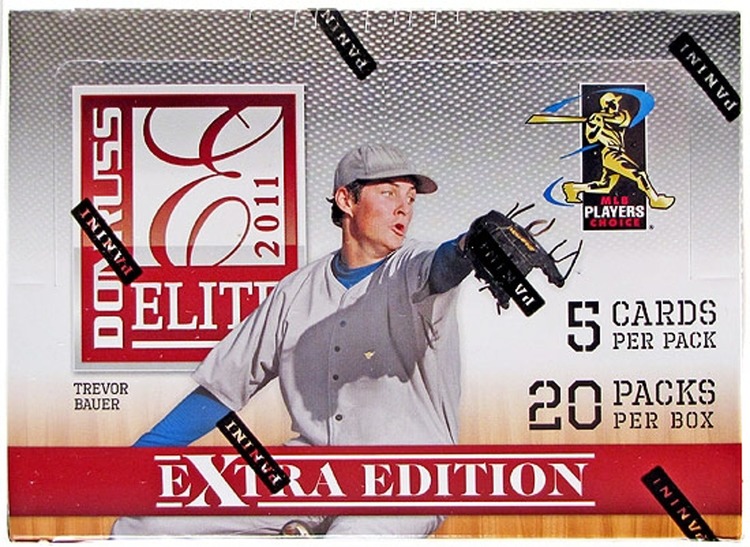 Look for an average of (6) Autographs per box!!

- First Panini appearance of MLBPA stars such as Josh Hamilton, Clayton Kershaw, Justin Verlander, Eric Hosmer and others!
- Look for the first Elite Extra Edition "Building Blocks" Dual, Tri and Quad Autographs: Quad Autographs are #'d to just 10 copies each!
- Best Compared To - Insert comparing a 2011 Draft Pick with a current major leaguer whom he best compares to in style of play. There are also autographed versions, signed by the prospect, and #'d to just 25 each.
- Two-Sport Stars - Insert highlighting those top baseball prospects who also excelled in other sports in high school and/or college. Autographed versions are #'d to just 25

Among the 50 on-card signers are: