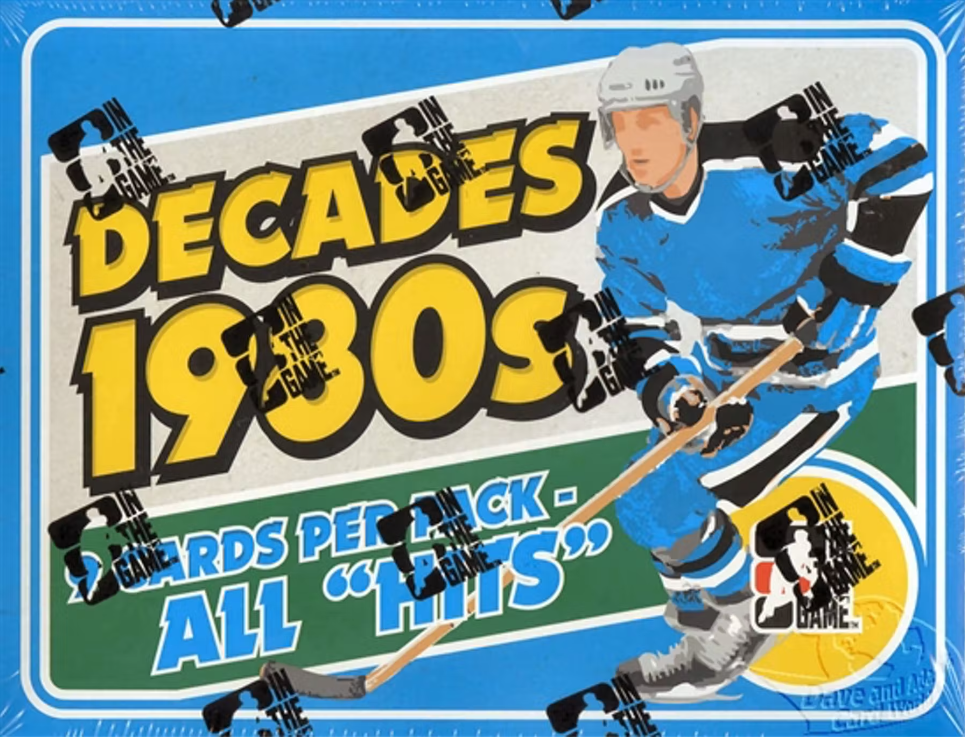 Celebrate the Miracle on Ice:

The Autograph Card Checklist is unparalleled. Over 150 different Decades Autograph Cards and did we mention that they are all hard-signed with NO REDEMTPIONS. The checklist includes all twenty members of the Miracle on Ice team that won the Gold Medal in the 1980 Olympic Games.

Decades 1980s will also feature Authentic Game-Used Memorabilia Cards from the players who played during this marvelous decade. Many of the Game-Used Cards are quads including Cup Clashes, Franchises, All-Stars, Rivalries and Four Your Country.