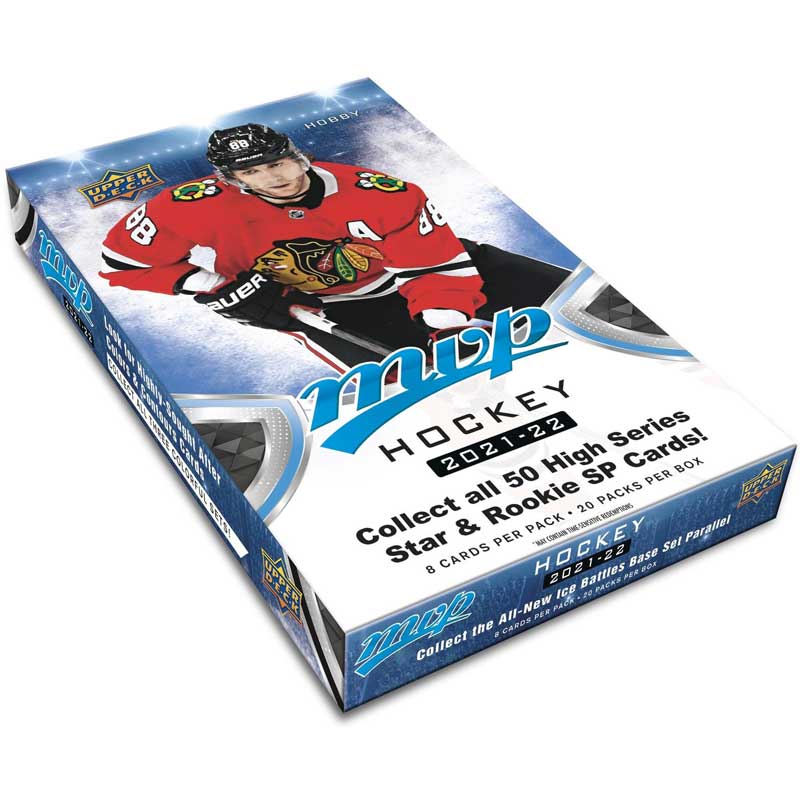 Your 2021-22 hockey card collection starts here with an impressive Base Set consisting of 200 regular cards and 50 High Series Star & Rookie SP cards! Collect an array of parallels, including the popular Magenta Auto (High Series Star & Rookie SP’s only), Silver Script, Super Script (#’d to 25) and Black Super Script (#’d to 5) parallels, as well as the rare 1-of-1 Printing Plate parallel and the all-new Ice Battles parallel.

The Ice Battles parallel is a card-back variation set. The standard bio and stats are replaced with five categories with which you can play your own Pack Wars game with family, friends and fellow collectors: Overall, Speed, Strength, Skill and Awareness. Collect one (1) Ice Battles card per pack, on average, and let the competition begin!

Before and After: Each card in this uniquely-themed set, which includes many of the league’s star players, features two contrasting photos: one showing the player in his pregame attire, and another showing him in action on the ice. Look for Gold parallels of this set too.

Collect four (4) regular Hart Attack and/or Before and After cards per box, on average.

Every 20-pack box will deliver, on average, at least 50 insert cards!

* Content, including the stated numbering and ratios, is subject to change. Additionally, this list may not contain all cards available in the product as there could be unannounced Easter Eggs.