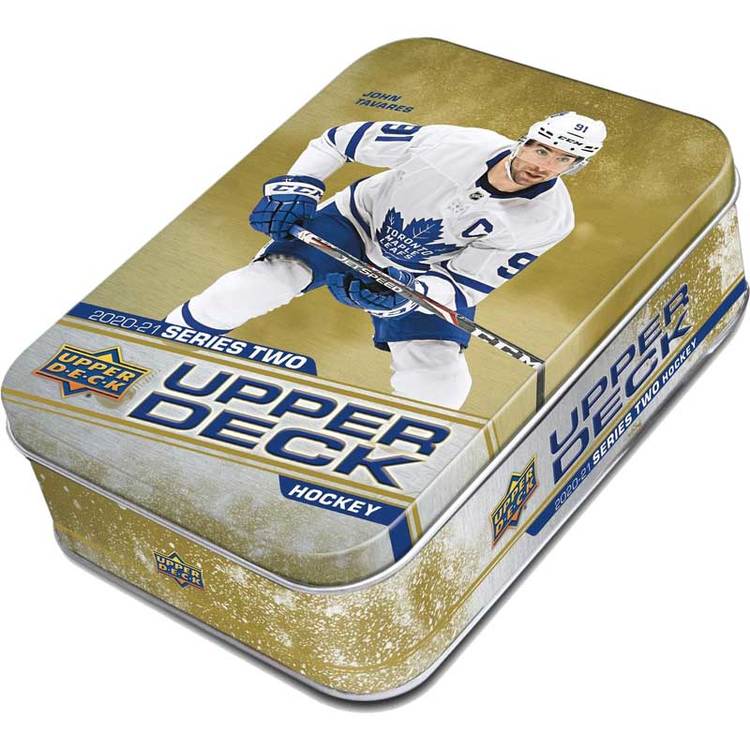 Upper Deck Series 2 adds 200 new veteran cards (#251-450) and 50 additional Young Guns cards (#451-500) to hockey's most widely-collected and cherished Base Set. Young Guns are the most anticipated rookie cards of the year and scouts are buzzing about the 2020-21 class, labeling several prospects as "elite." Grab two Young Guns cards per tin, on average.

Keep an eye out for super rare Day with the Cup cards. This special insert set features players from the 2019-20 Stanley Cup Championship team spending a day with the Cup - often in compelling ways and from interesting locations around the globe!

PRODUCT BREAKDOWN (All ratios are an average for the entire production run, and can not be guaranteed in a single box or case):

- Rookie Photoshoot Flashback Materials (Not all players are current rookies) 1:576