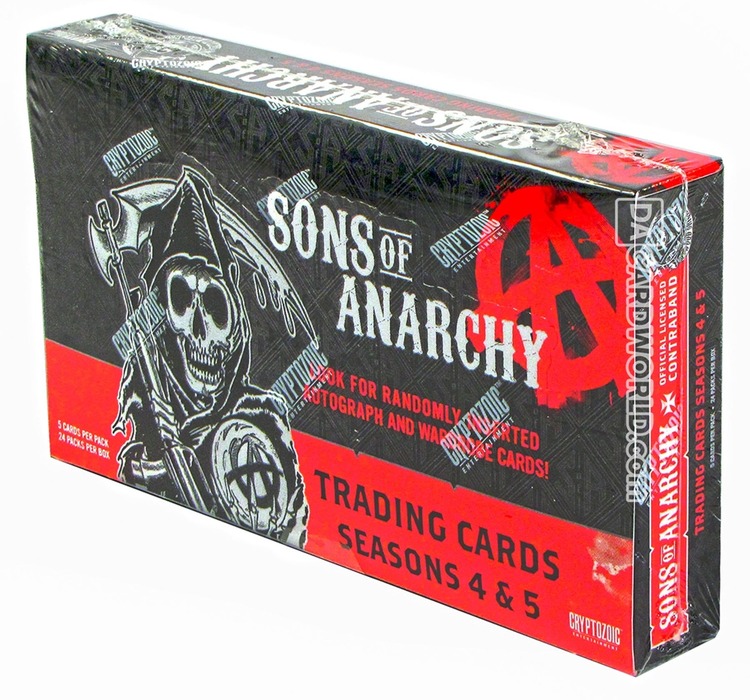 Sons of Anarchy, aka SAMCRO, is a motorcycle club that operates both illegal and legal businesses in the small town of Charming. The show centers on protagonist Jackson "Jax" Teller (Charlie Hunnam), initially the vice president of the club, who begins questioning the club and himself. In our Seasons 4 & 5 trading card set, fans of the series will find episodic images from the two seasons as well as chase sets such as replica patches and tattoos, cast autographs, and wardrobe swatches.

- Based on FX's acclaimed drama which is in its seventh season!
- The base set features episodic images from seasons four and five of the hit show
- Look for randomly inserted Autograph and Wardrobe cards